How to be productive while studying for interviews

I hear from a lot of people like I'm coming home at the end of the day and I'm really tired and I'm not getting in any time to study. And so how could we work around this? How can we make sure that we're getting in that time to study consistently, we're being effective, and we're also not letting everything else in our life suffer as a result.

So in this video I want to tell you guys about three things that I personally do and that I recommend that other people do so that they can be more productive. The first thing is I want to show you guys my notebook. I did this and you can see basically what this is is it's every day of the week and hour (well this side) hourly how much energy I had throughout the day. And so I did this for a week and what this accomplished was that it showed me when in the day I'm most productive. And that's incredibly important because you want to be working during your most productive time or else you're gonna be wasting a lot of time and you're not going to be as productive as you could be.

So that's really important because by planning out and figuring out where you're gonna have the most energy you can then schedule your studying around that. And granted, I understand that not all jobs are super super flexible right? So you may let's say that your highest energy time is 11:00 to 1:00 p.m. or something, you may be stuck at work. And so that's not gonna help you as much, but what you'll realize is that there are natural lulls throughout the day. So there are definitely times that you don't want to work. For me, that's when I get home from work at the end of the day, I'm just exhausted. Basically by 8:00 p.m. I'm ready to go to bed and so I know that if I try and work after that time it's not gonna be effective and there's really just not much point in me doing it, because I'm gonna put in all this effort and I'm just gonna wear myself out even more making much progress.

So for me what I find works best is that I work first thing when I wake up in the morning. I wake up at around 6:00 or 6:30 every day and my goal is to start working by 7:00 a.m. And if I'm working from 7:00 a.m. to 10:00 a.m. then that for me is a really good productive chunk of time, that I can get a lot done. And even if you're studying for your interviews and you have to go to your real job just spending an hour during that time for me at least would be a really productive way to spend my time.

So that's number one figure out when your most productive time of the day is. The second thing is to plan out how you can do this consistently. A lot of people I hear are trying to do five hours of work on the weekend. So they'll do one day a week and they're like I'm gonna sit down and I'm gonna spend the whole day studying and that's just really not a good way to spend your time. Yes, it's a lot of hours per week that you can get in that way but let's be realistic for a second. How much of that time, if you're trying to work straight for five hours, is actually gonna be productive? How often are you gonna goof off and you're gonna go on Facebook you're gonna go on YouTube you're gonna do something that's distracting you rather than actually sitting down and really focusing. What I find works a lot better and also helps you to retain the information a lot better is to focus on doing a consistent amount of studying every single day.

And this doesn't have to be a lot of studying that's the thing is people hear me say this and they're like oh my god I could never do that because I don't have five hours a day to spend studying. But that's not the point the point is even if you only have 30 minutes… 30 minutes a day is two-and-a-half hours a week and two and a half hours a week is what is that, that's ten hours a month and so on and so forth. And if you plan ahead, and you want to plan ahead if you're doing this as a full-time employee because you're not gonna have a ton of time to study. If you plan ahead that's plenty of time for you to get prepared for your interviews and every day you're going to be reinforcing that information. So you're gonna be sure that you are going into your interview and you feel comfortable knowing that not only did I learn this at one time but I've reinforced it continually so that now it's actually well ingrained.

And that dovetails with the other thing that I say to people a lot, which is when they ask me how much they should be studying per day. The answer, is as much as you can do consistently. A lot of people can do an hour a day and especially if you wake up a little bit earlier in the morning and you study in the morning like I do, doing that hour a day is totally doable. And that's gonna translate into a huge amount of studying over the course of time. So whether it's an hour, it's a half hour, or if you could do an hour and a half or two hours, it just determines the total length of time you're gonna need to take. But having that consistency makes the biggest difference above basically everything else.
And now the last thing that I want to mention to you guys, so that was finding the most productive time of day, planning to do as much as you can consistently on a daily basis, and the third thing that I want to mention to you guys is making a plan. And so again in this same notebook, I like putting stuff in a notebook, but you can see I basically do a daily schedule. And so in this daily schedule what I do is I basically break down, here are the main things that I wanted to accomplish today.

I'll also say you know what are my top three goals of the day? And then I make sure to work them into this. And then I create a schedule that I break it down on a basically a half hourly basis, and I go through and I schedule what am I gonna do. And so how does this pertain to your studying if you're really just doing this for an hour a day? Well you need to break down what it is that you need to accomplish that day or that week or that month and you start with the big picture you start with the month or you start even with the entire time span that you have to study, and then you break it down into smaller chunks until ultimately you know, okay today this is exactly what I need to do. And by doing that you're gonna be much more productive because you're not going to spend all this time thinking about well what do I need to accomplish today? You're gonna be much more focused on, how can I do that one thing that I need to do?

So, those are my three tips for you. I also want to leave you with two book recommendations if you want to be more productive both at work and in your studying. So the first one is a book by Cal Newport called Deep Work. And this is a great great book he talks about how to get really focused when you're working so that you're getting the most bang for your buck when you're actually sitting down and doing work. And he's also a computer science professor so that's a kind of cool dovetail as well.

And the other book I want to recommend is the Productivity Project. Which I love this book in particular because it's a lot about self experimentation and he tries all of these different things to see what's gonna make him the most productive. And so you can see all of his successful and failed experiments… like where one week he tried to work 60 hours or 80 hours a week and realized that that wasn't really any more productive than him working 20 hours a week. And it's really interesting to see the experiments that he does. So I definitely recommend checking out both of those books if you want to learn more.

And that's all I got for you guys today, so if you haven't already I recommend that you head over to my site and check out the free e-book on dynamic programming at DynamicProgrammingBook.com. And if you have not please click subscribe below and I will look forward to talking to you guys again soon. 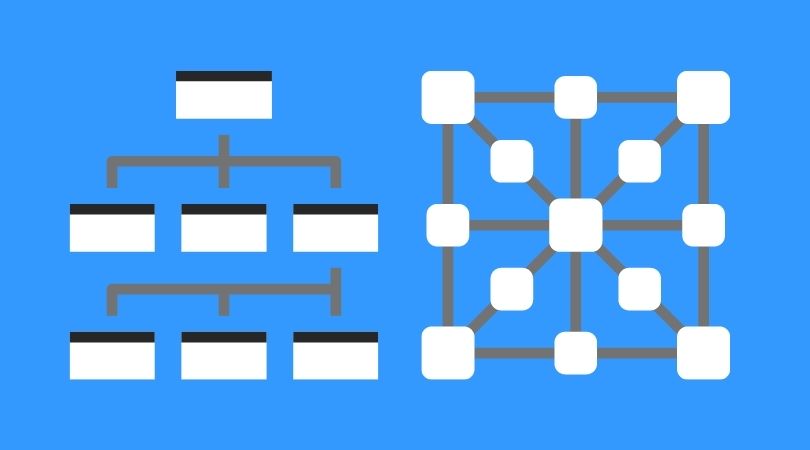